Constructional Difficulty: Moderate, but this is a large project with surface mount parts.

The Oakley Sound Sequencer is a 50HP wide eurorack analogue sequencer with a maximum of eight steps and multistage loading capability. Each step can be selected to reset the sequence back to the start, or to skip and go straight to the next step without being engaged. Through a set of switches at the top of the module it is possible to load multiple stages so that more than one step at a time can be made active. In this way, the notes on each active step are added together to form a new control voltage.

The Sequencer is designed to be played as the sequence is running, new notes can be selected, steps can be changed to skip or reset, and the number of active steps can be altered on the fly. This hands on approach produces a real time controllable musical instrument that can create constantly changing sequences that belie the initial number of available steps.

A reset output (+5V when active) will go high when the sequencer returns back to first active step. This can be used to trigger other modules such as a sequential switch which can allow both channels to be alternatively switched to allow sequences of up to 16 steps long. 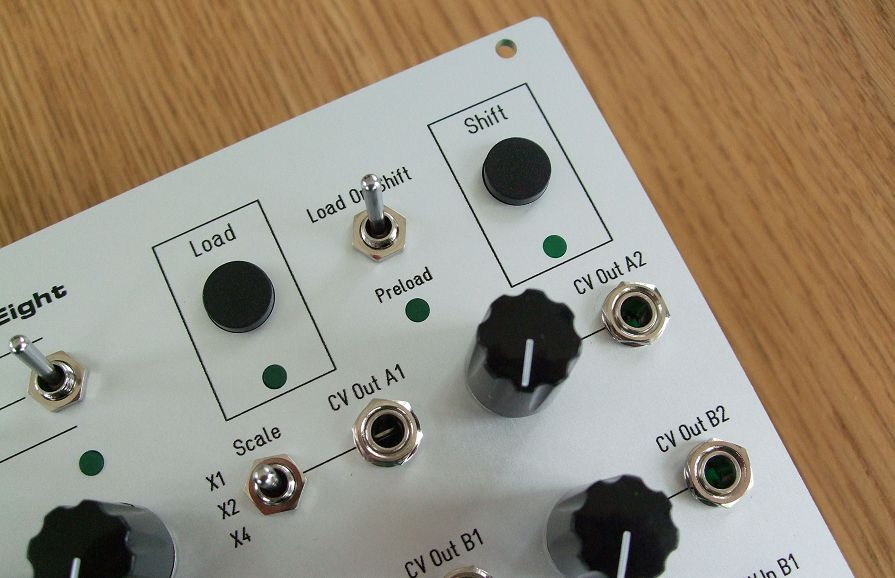 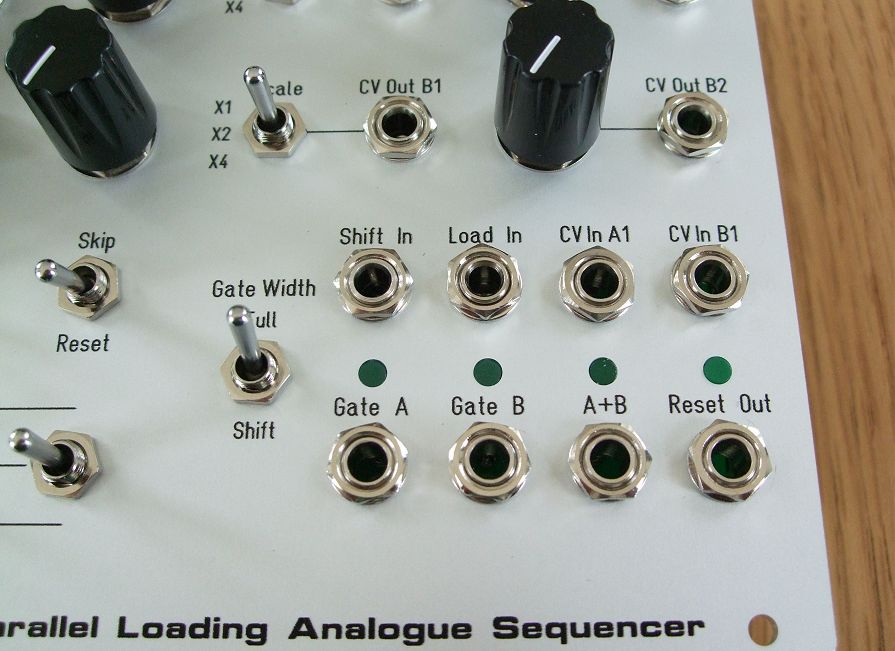 Multiple steps can be selected by the Oakley Sequencer's load function. Like the shift command, load can be instigated by either an external gate type signal or a push button. At the top of each step is a three way switch. On a load command, each switch can be set to force that stage to either, be switched on, be switched off, or left in whatever state it is already in. Traditional one step sequencing is simply obtained by having all switches in the off state bar the first one. Pressing load is then the equivalent of a simple reset. Through the 'load on shift' switch the load command can either be set to load the moment the load is activated, or to wait until the next shift command is received. The latter is very useful for keeping things in time with the master tempo clock. An LED lights once the load is activated and is waiting for the next shift command. 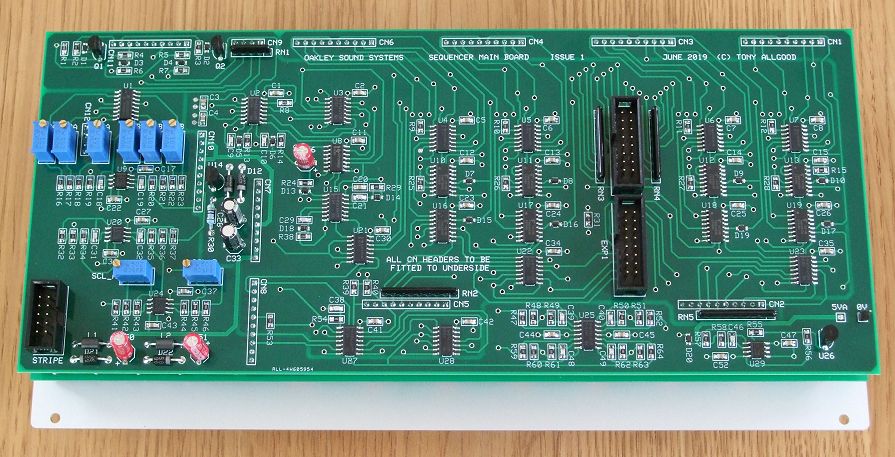 The sequencer comprises of two circuit boards. The main board houses the digital circuitry, the power supply and reference circuits, and the analogue output circuitry. The pot and switch board has all the pots, switches and sockets that are attached to the front panel, as well as the LED drivers, the analogue pot drivers, and the CV summing circuitry. The main board is a four layer design, while the pot and switch board is a two layer design. Each board is the same size; 249 mm x 107 mm.

The majority of the components are surface mount parts. The ICs are SOIC, the resistors and capacitors are 0805, and the diodes are SOD123. All components are standard parts and this is a hardware only project - there is no firmware or microcontrollers to program. 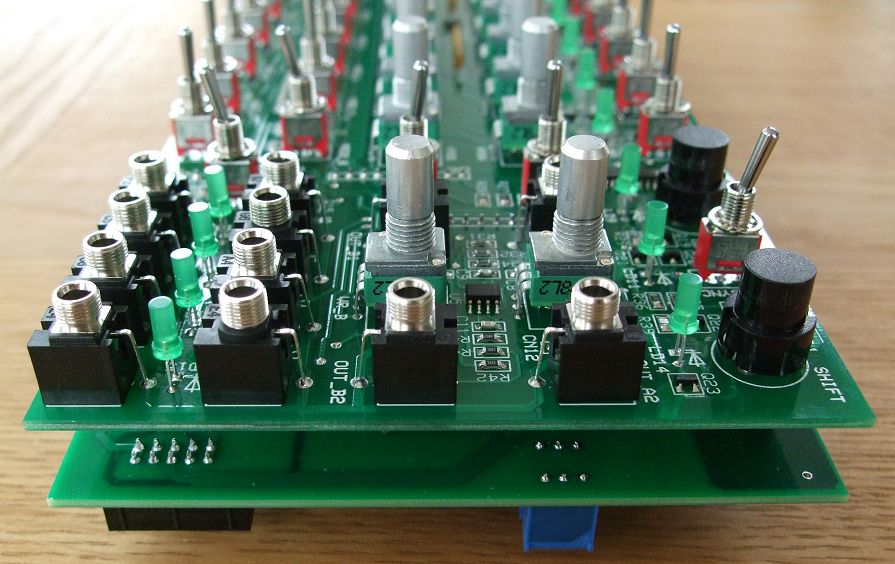 The Oakley Sequencer drives a DVCO whose VCOs, one saw and one square an octave lower, feed an Oakley COTA and then to the final VCA and out. The sequencer's second channel modulates the filter's cut-off. The sequencer's parallel load function is played manually to create several different sequences from the same eight notes. The COTA's settings and the envelope's decay time are manually tweaked as the set plays. A simple mono delay is added for that Berlin School feel.

A simple eight step sequence modulates both the pitch of the DVCO's two oscillators and cut-off frequency of an Oakley SVF. The second channel of the sequencer and an Oakley Envelope modulates the filter's cut off frequency. The SVF's pots and Envelope's decay time is manually altered as the sample progresses. Near the end of the sample one of the VCOs is tuned up an octave and a bouncy delay is added.

Both boards are required to build the Sequencer project.

All other parts can be purchased from your usual electronic component supplier.

Shipping and postage is additional to these prices. Click here for full price list and ordering details.

Schematics are available to purchasers of the PCBs and will only be sent via e-mail when the board(s) are shipped.

A Schaeffer front panel can be made for this module. The database can be found by downloading the following link:

To read, edit and print this file you will need a copy of 'Frontplatten Designer' from Schaeffer. Panels can be ordered via Schaeffer's website.

Schaeffer are based in Berlin, Germany and can send panels to anywhere in the world. Delivery to the UK normally takes around ten days. For North American users you can order your Schaeffer panels from Front Panel Express.

Back to Eurorack projects page